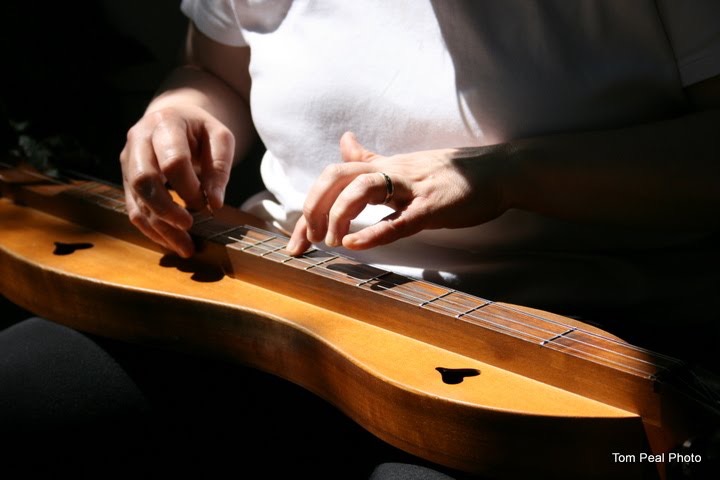 Jenni began playing the mountain dulcimer in 1980, but didn’t find out until a few years later when she became acquainted with her senior Arkansas cousins, Olaf and Orilla Pinkston of Cave City, Arkansas, that dulcimer-playing was part of her family heritage.  They were co-founders of the Ozark Mountain Folk Festival and influenntial folk musicians in the area, teaching generations of Ozark musicians and performing extensively throughout their lives.  Olaf played stand-up bass and guitar, Orilla played the accordion and … the mountain dulcimer.  It was a thrill for Jenni to get to play at the sides of these popular regional musicians, her dear elders, when she herself was a young folk singer.

The mountain dulcimer is a fun instrument for children and adults to learn, and Jenni has experience teaching all kinds of people.  She also enjoys bringing pioneer songs to life with the dulcimer in traditional music concerts and demonstrations.

“The Crawdad Song,” a traditional song featuring the mountain dulcimer.